ORLANDO, Fla. - The "Gateway to Orlando," near Orlando International Airport, will be getting a multimillion-dollar makeover. The Central Florida Expressway Authority has a $118 million plan to redesign the Beachline and Semoran Boulevard interchange.

Renderings of the project show a complete overhaul of the area. The plans call for seven new bridges, widening the Beachline to six lanes across and adding two lanes at the new flyovers. It also includes eliminating the loop ramps at the interchange that circle retention ponds, and a lower speed limit at the ramp.

“Because these road improvements will impact travel to and from the airport, open lines of communication are vital to both the Central Florida Expressway Authority and Orlando International Airport (MCO),” Greater Orlando Aviation Authority CEO Phil Brown said.

But the area has its challenges.

First, there are many unfamiliar drivers in the area. Airport numbers show roughly 50 million passengers travel through Orlando International Airport. Some of those passengers rent vehicles and rely on GPS devices.

“By working together we are able to keep our 49 million annual  passengers and 25,000 employees informed of changes and are able to minimize disruption  for access to MCO," Brown said.

Other construction projects in Central Florida have faced issues with GPS programs through cellphones since many do not update immediately.

"Some people don't live here. They don't know the area. They just stop because they don't know where to go," says Andrea Valencia, an Orlando driver.

Second, the construction company that wins the project will need to make sure work does not increase travel times or have a tremendous impact on the current capacity.

"We have designated this as a project of 'critical concern.' That is going to enable us to identify a short group of contractors that have the ability to effectively build this interchange," Central Florida Expressway Authority representative Brian Hutchings said.

"We will update passengers on our website, through media alerts and social media on the latest access changes and how to plan their  travels to Orlando International Airport now and in the future,” Brown said.

The designation also means the best contractor might not be the cheapest. According to board documents, selecting a contractor can be based on criteria other than the lowest price received. Other criteria include safety record, financials, performance history, resources and approach.

The Expressway Authority plans to have a contractor selected by early 2020. 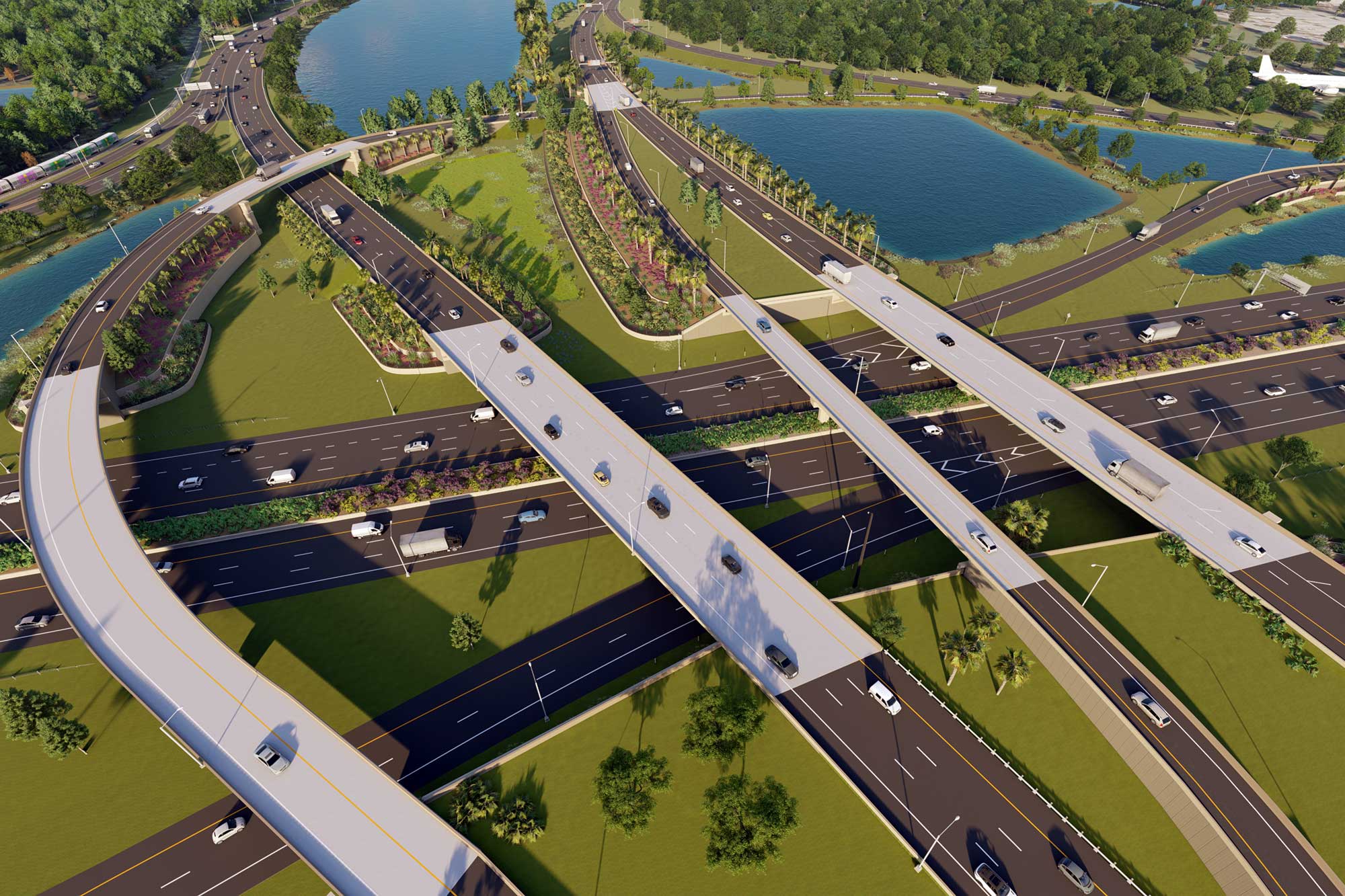 Transportation affected by Flooding in Midwest towns and cities along the Mississippi River for most of the year.