New illustrations showing the scale of the toll lanes and a potential access point at Crestline Parkway in detail were revealed at the Sandy Springs City Council March 19 meeting.

The toll lanes, called “express lanes” or “managed lanes,” are proposed by the Georgia Department of Transportation in two projects that would add four new toll lanes along I-285 and Ga. 400 in the Perimeter Center area over the next decade, starting with Ga. 400 in 2021.

An illustration shows the alignment of the proposed toll lanes, the highest on the outsides; the Crestline Parkway access point lanes, in the middle; and the collector distributor lane being built as part of the Transform 285/400 project running on the right along a townhome building.

Parts of the toll lanes are expected to be elevated, including a high flyover atop Northridge Road, to use existing right of way. Others would be at-grade and require the demolition of over 40 buildings in Sandy Springs.

One big issue still being discussed for both projects is where access points may be. Sandy Springs has been privately negotiating with GDOT for at least eight months about a possible access point at Crestline Parkway option that would require the demolition of an eight-unit townhome building, documents obtained by the Reporter revealed. GDOT is considering Crestline as access point after the city pushed back on a proposal to use Mount Vernon Highway and asked for other options.

Using Crestline would also require the city pay for the difference between using Mount Vernon, a cost of around $23 million.

One of the illustrations shows the Crestline proposal in much more detail, including one with a roundabout in the center. Crestline is an L-shaped street that connects Mount Vernon Highway and Peachtree-Dunwoody Road. The road sits just to the east of Ga. 400 and runs behind a Home Depot and Costco store, and is lined with hotels and townhomes.

An illustration shows the toll lanes and an option for the proposed Crestline Parkway access point that uses a roundabout.

The city said in the March 19 presentation it is studying the Crestline option and planning public input meetings. The study will determine what the different traffic impacts would be in the area if Mount Vernon or Crestline is used. The study is expected to be completed sometime in the summer this year, said Allen Johnson, the city’s TSPLOST manager.

An illustration shows the possible route of proposed access point on Crestline Parkway, including that it would plow through a townhome building east of Ga. 400.

Similar versions revealed by the Reporter through an open records request showed an eight-unit townhomes building on Persimmon Point is the property targeted for demolition, which is also shown in the new illustrations.

An illustration shows the possible route of the proposed access point on Crestline Parkway using the roundabout option.

The presentation also details the city’s involvement in the project and the requests it has made to GDOT privately and in public meetings, including negotiating about Crestline since June 2018.

An illustration shows another view of the toll lanes and possible access point at Crestline Parkway. 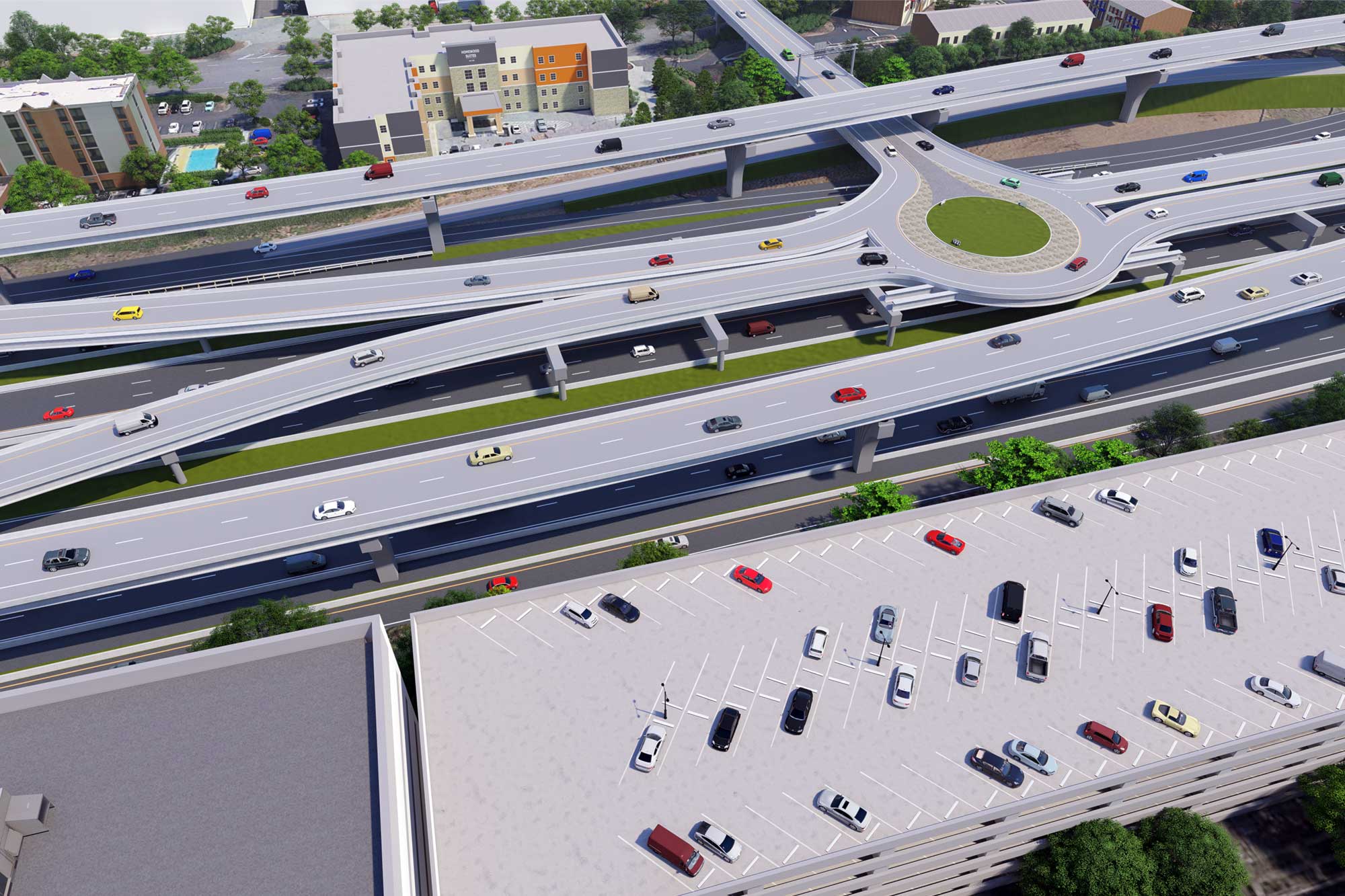 FDOT received Outstanding Project Awards from the American Council of Engineering Companies of Florida (ACEC-FL) for seven projects throughout the state.