Tallahassee, Fla. – Today, the Florida Department of Transportation (FDOT) released the initial avoidance graphic for the proposed Southwest-Central Florida Connector at the Multi-Use Corridors of Regional Economic Significance (M-CORES) task force meeting. Consistent with the task force guiding principles, the graphic illustrates where there will be no or limited impact by the proposed corridor as well as FDOT’s commitment to preserving Florida’s most precious environmental and historical resources.

“I am confident that the avoidance graphic articulates our promise to protect and preserve Florida’s environment, while also planning for the state’s inevitable future growth,” said Florida Department of Transportation Secretary Kevin J. Thibault, P.E. “The department will continue to support task force members and provide any requested resources throughout this critical process as they work toward consensus on paths/courses for the proposed corridor.”

The graphic notes that the path/course will not impact:

Additionally, though an existing corridor may be enhanced, there will be no new corridor through:

For more information regarding M-CORES, public meeting dates and locations, or to submit a 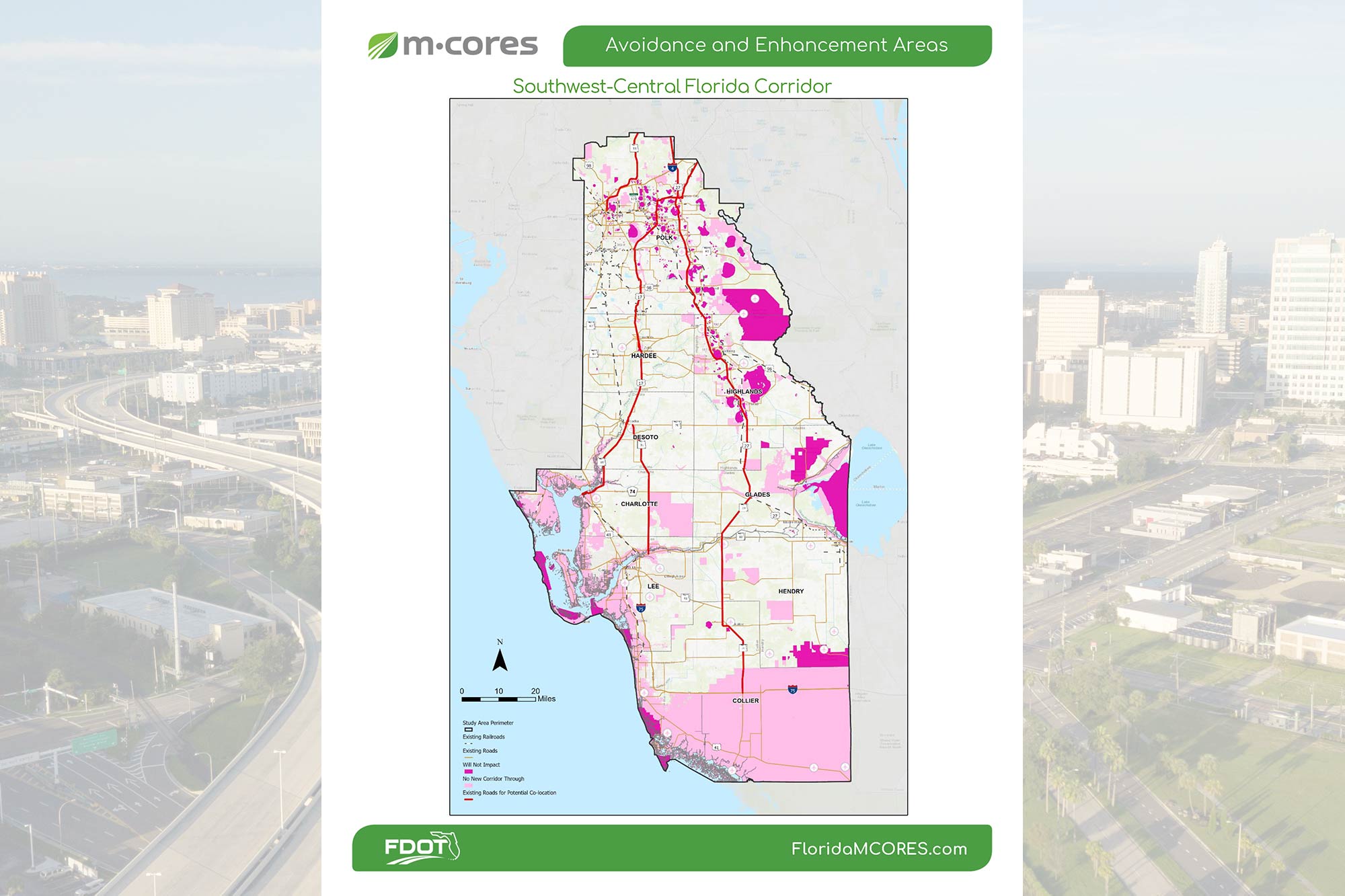 Governor Ron DeSantis announced today the signing of his “Bold Vision for a Brighter Future” budget which will provide $10.8 billion in funding for FDOT.