TALLAHASSEE, Fla. – With a focus on safety, innovation, and congestion relief, the Florida Department of Transportation (FDOT) is concluding an unprecedented year under the leadership of Governor Ron DeSantis. Throughout 2019, FDOT has accomplished significant initiatives, undoubtedly improving the lives of Floridians and visitors who utilize the state’s transportation infrastructure.

“Thanks to Governor DeSantis’ bold vision, Florida is creating a resilient multimodal transportation system that serves our state now and for generations into the future,” said FDOT Secretary Kevin J. Thibault, P.E. “I am proud to serve alongside the men and women at FDOT and am thrilled to showcase their many accomplishments as we work to bring the Governor’s forward-thinking vision to life.”

Since January 2019, FDOT accomplishments include:

• Receiving a national safety award from the American Association of State Highway & Transportation Officials (AASHTO) for the use of technology to deploy innovative solutions to tackle the safety issues related to wrong-way driving.

• $8,046,741 to rehabilitate and create new capacity on the Seaboard Marine Terminal.

• Receiving over $82 million in awards from USDOT Secretary Elaine Chao (the most of any state) as part of the national BUILD Program, to be used on significant transportation projects like autonomous shuttles in Central Florida, transit improvements in Miami-Dade County and seaport improvements at JAXPort.

•This first-of-its-kind contractual arrangement is designed specifically to accelerate construction of safety improvements to move toward zero deaths. FDOT will be expanding the use of DBPB throughout the state.

•Achieving formal certification from the FTA as the result of a multi-year effort to demonstrate compliance with new federal transit safety standards.

•Directed Unprecedented Rail Safety Measure scaling for the implementation ofa numberof safety measures including the deployment of dynamic envelopes at all FDOT and state-owned land rail crossings and launching a statewide education initiative. The directive has the explicit goal of preventing additional fatalities on or near the state’s rail corridors. In addition, the following safety initiatives were developed:

•PTC is being developed to prevent train-to-train collisions, derailments caused by excessive speed, unauthorized incursions by trains onto occupied sections or a track switch left in the wrong positions.

•Statewide program for rail grade crossing hazard elimination; FDOTimplemented 587 improvements over the past 10 years that reduced an average of 82.7% in fatal incidents (32 lives saved).

•In May, FDOT finished a major update to airport disaster reporting and coordination which included additional capabilities for airports to report status prior to, during and after disaster events.

• Advanced Freight Mobility Solutions (AFMS) • Leveraging Connected Vehicle and signal prioritization technology to improve truck travel time reliability through one of the most congested urban areas in the state. The project is located just west of Miami International Airport and was identified as the largest freight activity area in Florida.

• Initiating a Department-wide Resilience Working Group with transportation partners to develop a resilience policy and create an implementation plan.

• Partnering with the City of St Pete, Pinellas County, City of Tampa and Hillsborough County Cross Bay Ferry for the 3rd season.

• Deploying innovative solutions to improve mobility in Southwest Florida • Completed construction of the state’s first Continuous Flow Intersection in Ft. Myers at the intersection of SR 82 and Daniels Parkway in Lee County.

• Improving Capacity on US 27 • Widened US 27 from Highlands County line to Presidents Drive allowing for future capacity and development.

• Reconstructing State Road 64 Interchange • Completed the reconstruction of the I-75 interchange at SR 64 in Manatee County. The new diamond interchange and improvements to SR 64 not only improved the efficiency of the interchange, but also enhanced connectivity for Manatee and Hardee County.

• Completing State Road 37 Full Depth Reclamation (FDR) • Completed the reconstruction of SR 37 between County Road 630 and CR 640 in Polk County, utilizing FDR. This innovative process utilized the existing asphalt and base materials to reconstruct the roadway, reducing the estimated cost from $23.7 million to $6.2 million and yielding a considerable time saving.

• Opening Starke Truck Route • The $90 million project has alleviated congestion on U.S. 301 and, just after opening, there was nearly a 91% reduction of heavy truck traffic through downtown Starke.

• Completing the First Coast Expressway – Phase 1 from I-10 to Blanding Boulevard in summer 2019.

• Completing I-295 Express (Buckman Bridge to I-95) • The $82 million I-295 Express Lanes between the Buckman Bridge and I-95 were completed in summer 2019 and have already demonstrated success with significant increase in movement of traffic along the corridor.

• Current repairs along U.S. 98 in Bay and Gulf counties will strengthen the roadway and prevent storm-related damages in the future. Damaged signs and wildlife fencing along the interstate are being replaced. Long-term heavy maintenance repairs of shoulders, ditches, and back slopes is ongoing to assist with drainage and prevent flooding along the state highway system.

• Groundbreaking of Tyndall Flyover • FDOT broke ground on the flyover bridge at the main gate of Tyndall Air Force Base (TAFB) at the intersection of U.S. 98 (Tyndall Parkway) and Airey Avenue/Tyndall Drive in Bay County in November. The $19.9 million design-build project consists of an overpass to elevate the two U.S. 98 travel lanes above the Airey Avenue/Tyndall Drive main entrance to the base.

• Reconfiguring Traffic to Pensacola Bay Bridge • The traffic was shifted for U.S. 98 eastbound traffic (Pensacola to Gulf Breeze) to the new Pensacola Bay Bridge in August. The temporary configuration for the new bridge will provide two lanes of east and two lanes of westbound traffic, along with a center-lane reserved for emergency vehicles. A multi-use path for pedestrians and bicyclists is expected to be operational approximately two-months after the traffic shift.

• Completing I-95 Express Phase 3A-2 ahead of schedule • This $154 million, 7.3-mile project along I-95 from North of Commercial Boulevard to South of SW 10th Street, was completed four months ahead of allowable contract time.

• Advanced Construction of the SW 10th Street Project, delivering the missing connection between Florida’s Turnpike and I-95 in South Florida.

• Beginning the Design-Build Process for Tamiami Trail Project • FDOT and the National Park Service (NPS) began the design-build process of two new bridges along SR 90/US 41/SW 8 Street/Tamiami Trail from east of Osceola Camp to west of the Airboat Association of Florida. The project provides additional freshwater flow within Everglades National Park and improves the ecological conditions in the park and in the central Everglades, north of Tamiami Trail.

• Agreement for City of Miami to operate and maintain I-395 under deck • FDOT and the City of Miami have agreed to a Memorandum of Understanding that helps ensure a sustainable future for the new open space network.

• Funding and accelerating construction on Westshore Interchange in Hillsborough County.

• Significantly improving call wait times from over 45 minutes to less than one minute and increasing the customer service score to an average of more than 4.5 out of 5.

• This is the lowest borrowing rate in the Turnpike’s history. 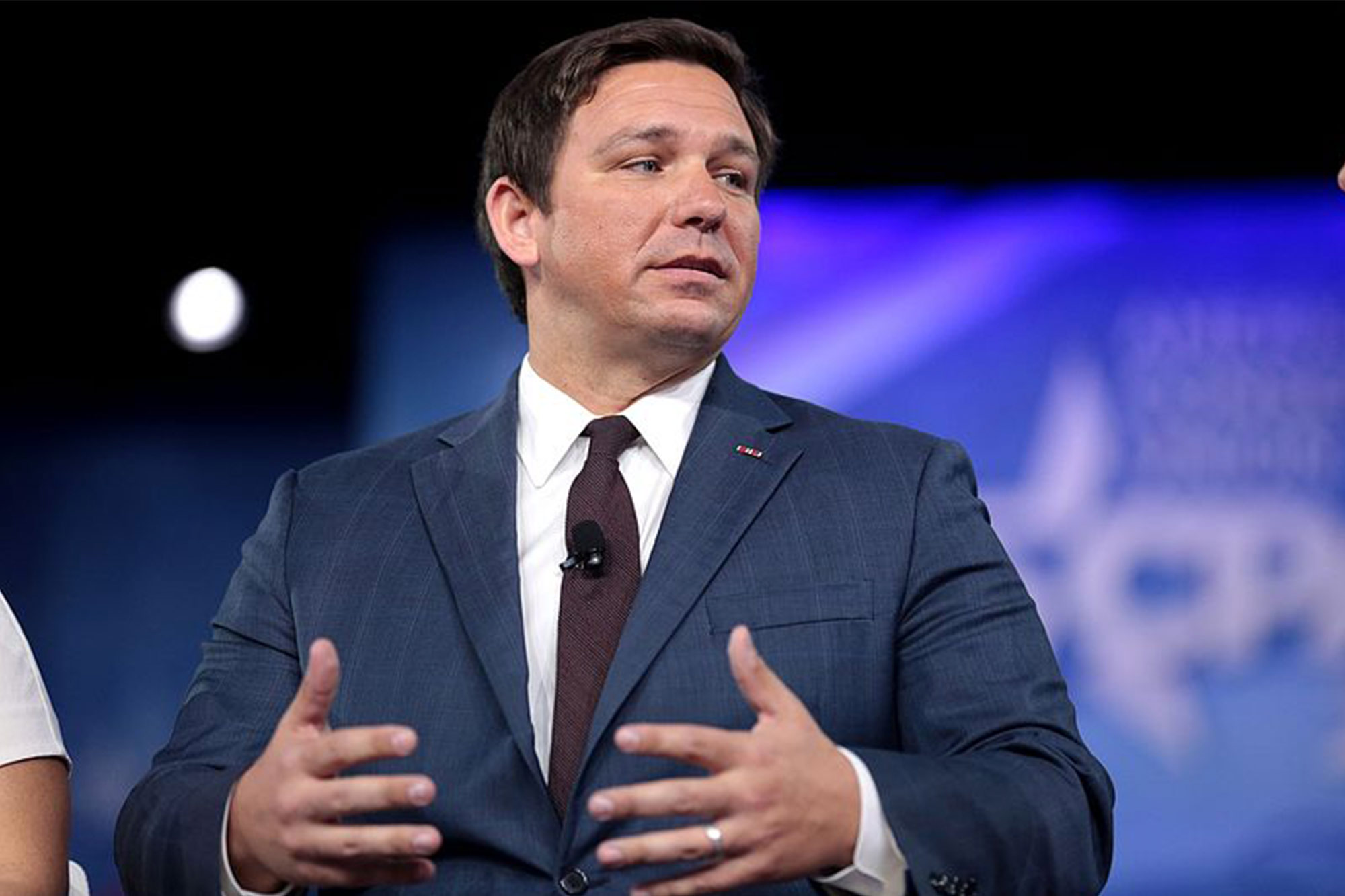 A quick highlight of a design-build animation video of a highway being constructed.