While criticizing numerous parties involved with the ill-fated Florida International University pedestrian bridge project, a new report by the Occupational Safety and Health Administration’s Directorate of Construction lays considerable blame upon FIGG Bridge Engineers, the bridge's designer. From failing to assess the risk from widening cracks just prior to collapse, to failing to obtain all of the state-mandated peer reviews of the bridge’s design, OSHA’s report details a long list of failures before the fatal collapse of March 15, 2018.

For instance, FIGG “failed to recognize that the bridge was in danger of collapsing when it inspected it hours before the collapse,” writes Mohammad Ayub, OSHA’s directorate of construction, the author of the report.

Upon noting the development of numerous “wide and deep structural cracks” along the structure’s single concrete truss, “The EOR (Denney Pate) should have immediately instructed that the bridge be shored at appropriate locations and SW 8th Street be closed.”

The lack of action after a project team meeting to discuss increasing cracking on the bridge structure, held the morning of the collapse, seemed to puzzle OSHA investigators.

In a statement to ENR, FIGG disputed OSHA’s findings, calling the report “factually inaccurate and incomplete” with “errors and flawed analyses.”

The OSHA FIU Pedestrian Bridge report “does not include an evaluation of many important factors pertinent to the construction process leading up to the accident. Additionally, it has not been reviewed by any other entities involved in the accident investigation. FIGG disagrees with the conclusions in the OSHA report.”

The Tallahassee, Fla.-based engineer added: “As a party member to the NTSB (investigation) process, we are not able to elaborate further, but at the appropriate time the facts and the truth will be released to the public.”

Other firms failed to take action that could have prevented the accident, according to OSHA.

For instance, the design-build contractor, MCM, “deferred to the decision of EOR and failed to exercise its own independent professional judgement, as a constructor of the bridge, to close the traffic on SW 8th Street until the cause of the cracks were conclusively determined by EOR and peer reviewed,” the report states. OSHA calls the contractor’s failure to implement necessary safety measures as “unreasonable.” MCM did not respond to ENR’s request for comment.

Insufficient peer reviews of the project’s design, and of FIGG’s analysis of the cracking, was another factor that OSHA cited. The report noted that Louis Berger, the firm FIGG hired to conduct independent peer reviews, “did not check the structural integrity of the bridge under different construction stages, a violation of the FDOT requirements.”

Additionally, the structure’s unusual design—which featured a single concrete truss as its main element—should have prompted greater caution than FIGG—and other members of the project team—ultimately exhibited.

States the report: “EOR should have known that the truss was a non-redundant structure and if one diagonal member failed, the entire bridge could collapse. Given the nature and extent of the cracking and the non-redundancy of the bridge design, necessary safety precautions should have included closing the roadway below the bridge and immediately providing shoring to the bridge at suitable locations until a complete evaluation was done.”

An investigation by the National Transportation Safety Board is ongoing. According to the agency’s own estimates, it may not publish its findings until later in 2019, or in early 2020. 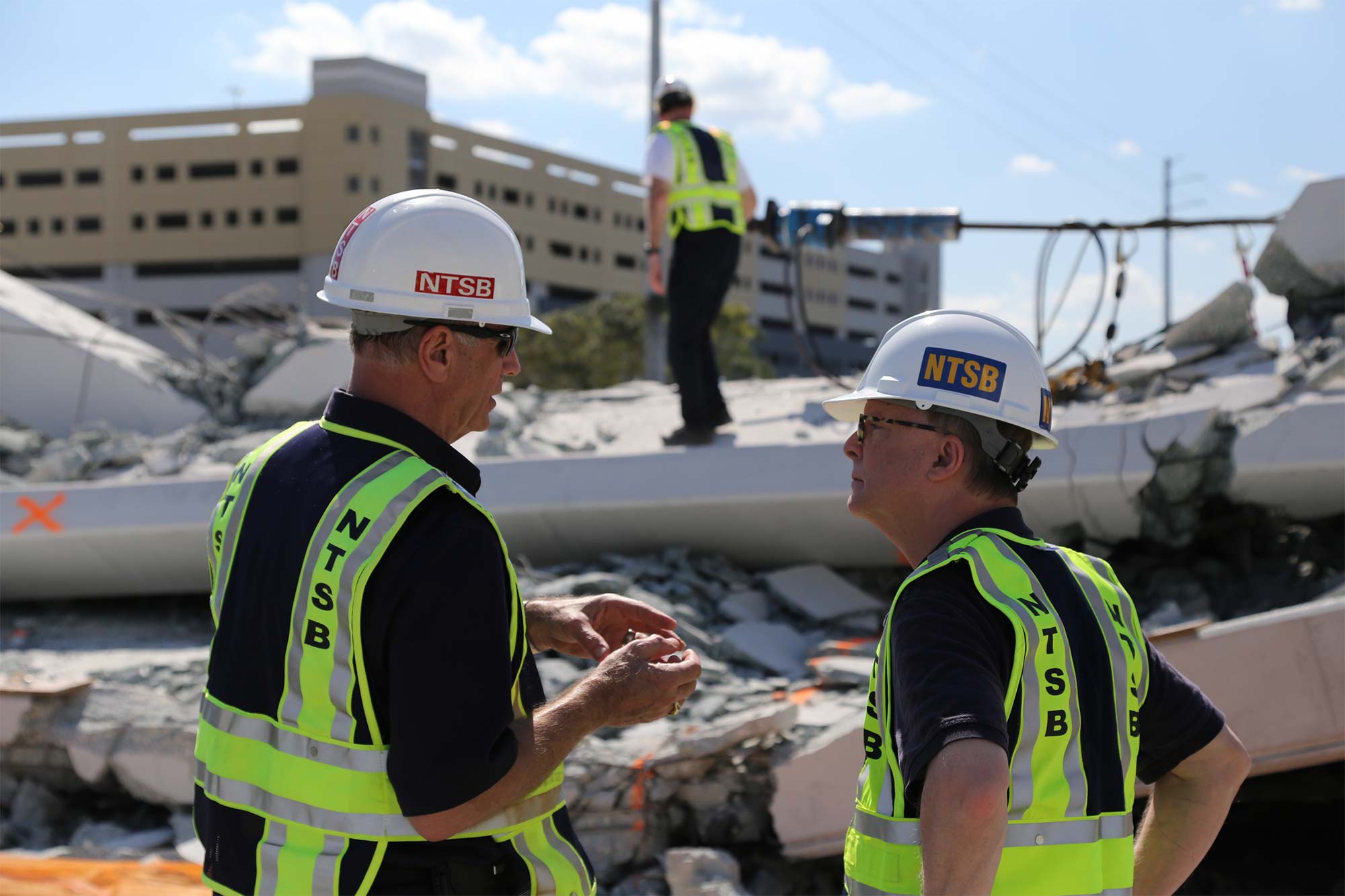 The "Gateway to Orlando," near Orlando International Airport, will be getting a multimillion-dollar makeover.