“The Charlotte County Airport Authority prides itself in using a holistic approach that incorporates as many initiatives as possible in development projects,” explains PGD Chief Executive Officer James Parish. “This means that our airport development projects contribute to several airport goals.”

A big part of the equation is environmental stewardship and managing wildlife hazards to enhance airfield safety.

Located beside Charlotte Harbor (which Parish points out is an important local estuary), PGD’s wildlife issues range from alligators to Canadian geese. The airport had 57 reported wildlife strikes in 2017 and 71 in 2018. Most of the strikes involved small birds, such as Eastern meadowlark, barn swallow, cattle egret, European starling, vulture, egrets and herons. As of late September, the airport’s most recent strike had occurred in March 2019, when a mourning dove was ingested into the engine of an A-320.

Worldwide, wildlife strikes have resulted in hundreds of deaths and caused billions of dollars in aircraft damage during the past century. The FAA Wildlife Strike Database indicates that the problem is intensifying in the United States: from 1,800 reported strikes at U.S. civil airports in 1990 to 16,000 in 2018. Agency personnel attribute the dramatic jump to increased passenger traffic, the introduction of much quieter aircraft engines and a large increase in wildlife population.

Managing wildlife on or near airfields is a challenge that typically requires a wide range of tactics. One of PGD’s key strategies is modifying habitats on airport property to discourage wildlife from proliferating on its grounds. By doing so, the airport protects wildlife as well as aircraft and passengers, explains Kaley Miller, marketing and communications manager at PGD.

Six airside operations staff members are trained for and tasked with wildlife response. They work in tandem with Michael Baker International, a consultant the airport hires to provide additional insight and services. Training for in-house employees includes courses about trapping alligators and handling firearms, presented by the Fish and Wildlife Commission of Florida’s Division of Hunting and Game Management.

Personnel relocate a variety of animals to safer habitats on airport property or nearby wildlife areas. Affected creatures included alligators, gopher tortoises, Canadian geese and various other birds. A licensed, permitted trapper relocates the alligators to central Florida; a permit from the U.S. Fish and Wildlife Service allows airport personnel to remove geese and nests of other migratory birds. The number of animal relocations at PGD recently doubled—from 28 in 2017 to 56 in 2018.

The airport uses lethal strategies as a last resort—to ensure safe aircraft operations and only when all other methods have been exhausted, stresses Mariben Andersen, the FAA-certified wildlife biologist who heads the Michael Baker team at PGD. Wildlife takes are performed according to the conditions of the airport’s Migratory Bird Depredation permit from the U.S. Fish and Wildlife Service, she adds.  In 2018, there were 31 such takes.

Andersen describes PGD’s approach as “genius” in part because wildlife initiatives are incorporated throughout the airport’s development program—from early discussions about individual projects to master plan updates and FAA FONSI (Finding of No Significant Impact). Doing so streamlines project design, permitting and construction, she notes.

The airport’s commitment to wildlife and environmental stewardship continues to develop as PGD grows and renovates its facilities. Parish explains that the airport authority’s most recent master plan update, approved by the FAA in 2019, includes several projects that simultaneously address the airport’s economic development, growth and safety, including wildlife hazard management.

The projects, currently in various stages, include:

A $13.8 million airfield project slated to begin in November highlights how PGD combines expansion with wildlife management and environmental mitigation. In order to add 593 feet to Runway 15-33, the airport is executing a $1.8 million project to fill 14 acres of wetlands on airport property—this initiative is financed by FAA grants and passenger facility charge funds. (The airport also plans to fill another 36 acres in 2022.) After construction is complete, Runway 15-33 will be 6,281 feet long.

“The presence of wildlife in the airfield increases the likelihood of a strike,” explains Parish. “To protect wildlife and enhance safety, removing wetlands that would serve as a water source and home to various wildlife is the best approach.” To offset the loss of those wetlands, PGD is simultaneously helping create new wetlands 25 miles to the south of the airport, at Little Pine Island, and 15 miles to the north at Boran Ranch.

The runway rehab and wetland mitigation is being funded by a $6.4 million FAA grant, plus funds from the Florida Department of Transportation and passenger facility charges for the extension. Parish notes that the Runway 15-33 project exemplifies PGD’s holistic approach: “The project improves the pavement condition of the runway, which means less rubber wear on the aircraft; removes wetlands, thereby enhancing safety because they attract wildlife; and improves the stormwater management system by removing associated ditches that feed the wetlands. It also saves money since there is one mobilization for a multi-faceted project.

“Filling in the wetlands closest to the runways is really the best option for avoiding hazardous interactions between birds and planes,” he adds. “We’ll fill the wetlands in stages starting with less than 15 acres later this year. This will give time for the birds to fly away and the wildlife to relocate.”

Parish reports that the initiative has not been a point of contention locally. “I think our community understands we’re good stewards of the land and natural resources, and that we are committed to the safety of our pilots and passengers,” he explains. “Over the last several years, we’ve worked to educate our neighbors that the airport is not an ideal habitat for wildlife.”

The offsite wetlands project PGD primarily supports is located on Little Pine Island, a state-owned site off the west coast of Florida used to mitigate the loss of wetlands from construction projects in several counties.

Operating under the auspices of the state, Mariner Properties Development Inc. manages a long-term plan to remove invasive plant species and restore natural tidal flows at the 4,670-acre island, which was significantly impacted by development over the last few decades. The ultimate goal is to help bring the coastal and marine habitat back to a natural, healthy state. Onsite personnel report significant progress, with many birds, native plants and fish returning to the island since restoration efforts began in the 1990s.

The airport and other entities participate by buying wetland mitigation credits from Mariner, which then applies the funds to the habitat restoration effort at Little Pine Island. Miller reports that PGD will complete a $1,354,500 payment to the mitigation bank in November. That amount will earn the airport 15.05 credits, for restoration efforts applied to this project and the airport’s next phase of wetland mitigation projects. Credits are units of trade, with costs that vary according to the number of credits purchased and type of habitat loss and mitigation projects involved.

Because the airport’s wetlands span two different watersheds, PGD must also purchase two acres of credits for $288,000 from a separate developer, Ecosystems Investment Partners, which operates the Boran Ranch Mitigation Bank in the Peace River Basin.

Entities such as PGD that execute projects impacting wetland habitats are called “producers.” Developers that restore habitats elsewhere are called “bankers,” and are approved to take funds to support wetland mitigation bank sites such as Little Pine Island, Boran Ranch and many others across the United States.

Parish offers a tip for fellow airport operators working to balance growth with safety, wildlife hazards and environmental sustainability: “Proper planning and documentation on the front end is the key.”

He also stresses the value of hiring credentialed consultants and maintaining consistent communications with regulatory agencies and the local community.

As head of PGD’s wildlife consulting team, Andersen stresses the importance of preemptive action. “An ounce of prevention is better and less expensive than a pound of cure,” she muses. “It is better to be proactive than reactive; so be aggressive with your wildlife hazard measures. Yes, you can and should fill or remove wetlands that are at the end of or next to your runway and taxiway.”

Wildlife management issues often extend beyond a given airfield. “Only so much can be done within the airport,” explains Andersen. “The issue of liability with wildlife attractants outside the airport property limits will most likely be the next controversial issue for safety. This issue will hopefully promote cooperation and partnerships with other entities and extend wildlife hazard management well beyond airport boundaries.”

At PGD, officials plan to stick with their strategy of wildlife-sensitive growth. “We will continue to use a holistic approach with our development projects,” says Parish. “We also evaluate new methods and new technology to enhance our wildlife management program. We have a lot of projects slated for the next several years, from additional parking lots for commercial passengers and rehabilitations of our runways to the development of the north side of the airport for more seamless general aviation activities.” 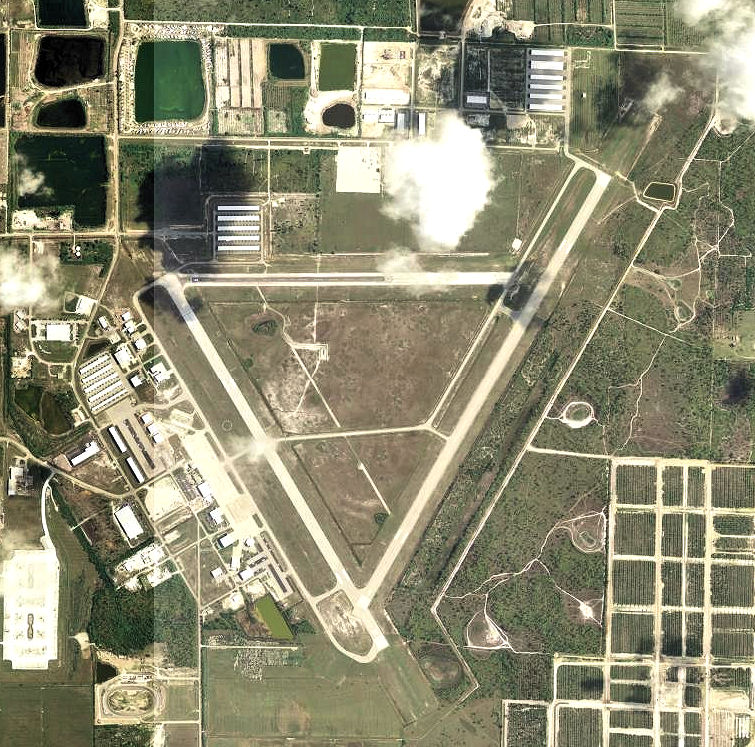 Governor Ron DeSantis and the Florida Department of Transportation (FDOT) announced $1.4 billion for the reconstruction of the I-275/SR 60 Westshore Area Interchange in Tampa.