AUBURNDALE, Fla. — In the middle of Polk County, there's a road for testing technology so new that it’s still being created.

"In less than two years, we built everything," said Paul Satchfield. “When you’re used to seeing it was a pasture and now it’s a full-fledged test facility, it was a great feeling. It’s the culmination of the vision.”

The SunTrax program manager has been with the project since day one. He said that the idea morphed from a way to test tolls technology at highway speeds to a bona fide testing ground — five lanes free from traffic — for connected cars.

“If something goes wrong, they can run it off into the field. They pick the car up, put it back together and try it again," he said. “It’s going to increase mobility for everybody. If driving is a chore or you can’t do it, you’ll be able to hit a button on a phone."

For Satchfield and others, the idea of autonomous vehicles ruling the roadway is promising.

The capacity of a roadway might triple, he said, if all vehicles are connected. Cars will adjust to objects in roadway, without tapping their brakes; they can drive closer together.

And while most accidents are the fault of the human operator, fully-connected vehicles would reduce accidents by about 90 percent, Satchfield said.

Now Suntrax is relying on partners, like nearby Florida Polytechnic University, to dive into the research side of what it will take to get such vehicles geared up.

Grad student Christopher Medrano-Berumen​ is working to solve the problem. His thesis centers around automated cars and the process of licensing or regulating them.

Each week, the 21-year-old spends 20-30 hours completely absorbed in research, fueled he said by "lots of Red Bull."

“Similar to a driving test you’d take to get your license, we wanted to do the same thing for an autonomous vehicle," he explained. “It’ll hopefully alleviate a lot of the problems we see in urban transport."

“It’s the future," Akbas said. "You’re trying to solve a problem which is very difficult. That’s always exciting for me.”

Akbas explained that the first step is crafting simulations of the connected driving. Then, researchers will "hook up the brain" of autonomous cars into computers, before later connecting the real engine as well. The final step is to test out the connected cars on roadways using various scenarios.

“There are 300 million vehicles in the United States. Think about all the scenarios they can come across," he mused. “We are going to bring the interesting scenarios to Suntrax or real life and test them there.”

But, Akbas said that collaboration with other universities and government partners is critical to bringing such technology to life.

“Connected vehicles will be an invaluable part of smart cities. So, the problem, the challenge is so big. No one can solve it individually," said the professor.

In 2016, the Obama administration issued a RFP, or request for proposals, for any facilities that wanted to become U.S. Department of Transportation designated testing grounds for autonomous vehicles.

Out of the more than 60 applicants, 10 spots in the U.S. were chosen a year later -- one of which was Central Florida.

And on the heels of the 2016 designation, the Central Florida Automated Vehicle Partners (CFAVP) was formed between various universities and government entities: the Florida Turnpike; FDOT; LYNX; city of Orlando; Central Florida Expressway Authority; NASA's Kennedy Space Center; and universities of FAMU, Florida Polytechnic and UCF.

Though the designation has since been disavowed by the Trump administration, the CFAVP continues to meet on a monthly basis and court grants to develop new technology.

"The proof of this is that subsets of the CFAVP, and other proving grounds, have been able to leverage the potential of the proving ground designations, and the strengths of the individual partners, to obtain large federal grants," said the city of Orlando's Charles Ramdatt.

Utilizing land owned by the Florida Department of Transportation, the Florida Turnpike paid $42 million to construct a 2.25-mile oval track off Braddock Road in Auburndale. The track, with four toll gantries, took two years to complete and was finished last month.

In another two years, Satchfield said that the 200-acre infield will be transformed into a simulated city, with moveable shipping container buildings, a downtown environment and lots of asphalt.

They'll build hills to test out sensors' limits, as well as breaking and vibration areas. Plus, various scenarios which could prove tricky for driverless cars, like airport pick-up or drop-off areas.

“That’s one of the big issues right now, where you have a wash of traffic," said Satchfield, continuing, "Cars speeding up, slowing down. Pedestrians. You’re not going to shut down the airport to do this testing."

But for now, the infield remains grassy and vehicles have yet to hit the roadway as technology is still being harnessed. Researchers, like Akbas and Medrano-Berumen, pore over code, computer programs and simulator testing.

“I think it is going to bring up talent from all around the U.S., the world to Florida," said Akbas. “We are getting there with our research and it’s building up.”

“There’s lots to figure out. It’s kind of a race to see who can get there first," added the student. “It’s very gratifying, very fulfilling…especially something that can be so game changing as self-driving vehicles.” 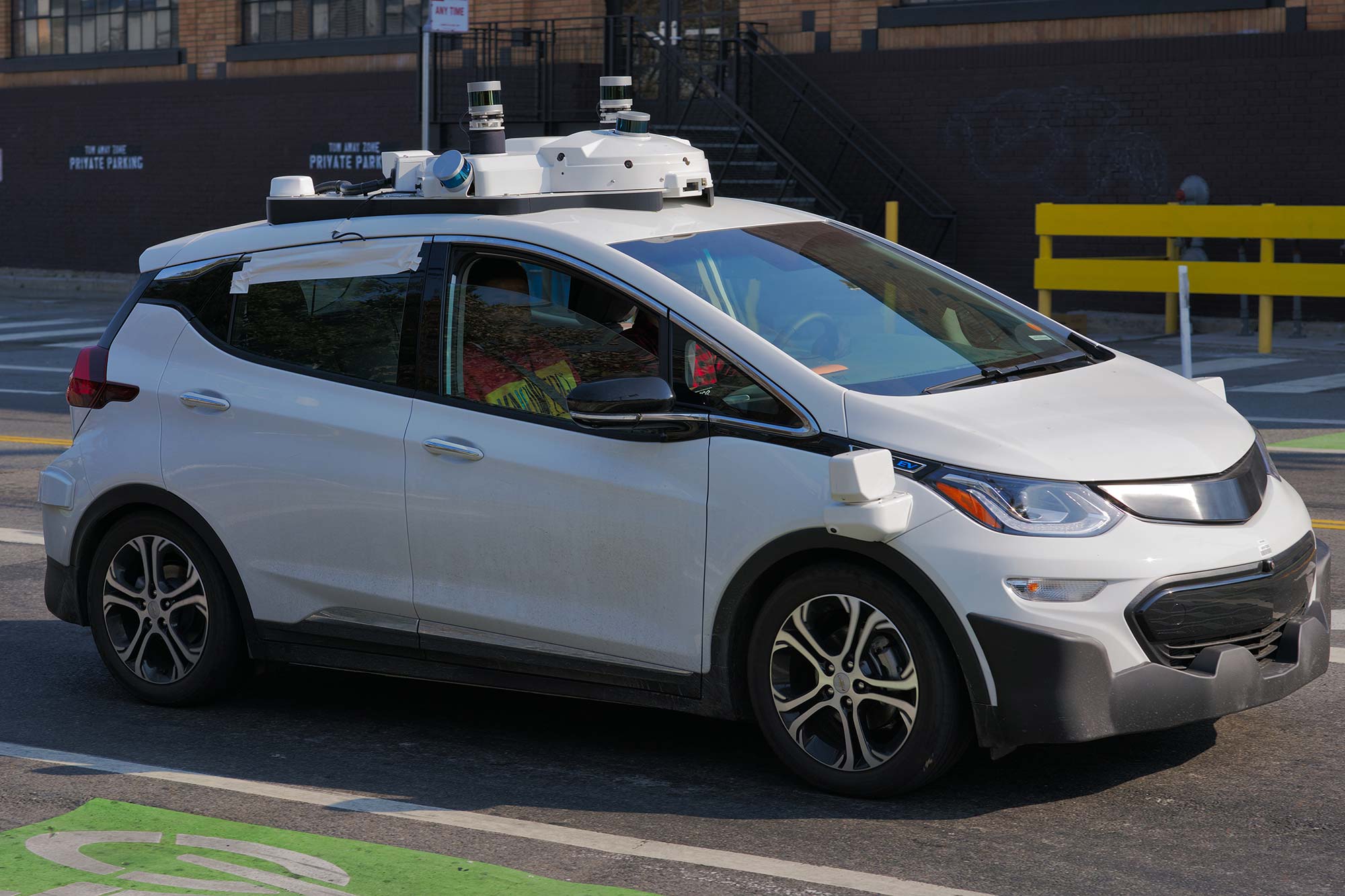 A quick highlight of a design-build animation video of a highway being constructed.

A complete streets animation video of a rural neighborhood with day and night scenes.